Mercury is usually added to dental amalgam filling to make it more pliable, but it comes with the risk of potential mercury poisoning down the line whenever this cavity filler requires removal or replacement. If you simply want to remove the filling to apply a better shaped filling thanks to an ever-widening case of dental caries, removal can be quite tricky thanks to the mercury content of the filling in question.

With that said, an alternative air source isn’t necessarily needed when your tooth is being prepped for the new filling after the old filling has been removed. However, during the actual removal process, you should be given a nasal hood through which you can breathe either oxygen from a tank, air from an outside source, or compressed air from a compressor.

Thantakit International Dental Center is Thailand’s longest established dental center. Situated in Bangkok, our clinic is renowned across the world as a destination for world-class dentistry, with most of our patients flying to us from Australia.
Please contact us today and get a FREE dental consultation. 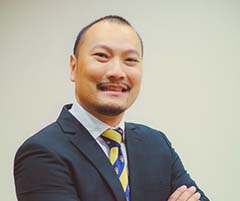